The 5 Paths of Yoga (Pancha Maga)

The 5 Paths of Yoga 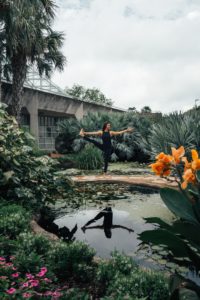 As a species, homo sapiens are completely multidimensional. In order to understand ourselves, yoga defines these dimensions as follows:-

To achieve total contentment, we need to bring all five of these dimensions into balance. As we have evolved, so we have created a number of different paths of yoga that focus on one or more of these dimensions. All of these paths will take us to ‘enlightenment’, however, Living Yoga is an attempt to bring them all together with a view to achieving balance.

Bhakti yoga is a highly devotional path that requires the aspirant to completely surrender the ego and to worship a personal god. Elements of practice in Bhakti yoga are designed to elicit emotion, these elements include singing, dancing and chanting. A good example of Bhakti Yoga is the Hari Krishna movement.

Karma yoga believes that action is the path to liberation. The secret to this is to give ourselves freely and joyfully to whatever we’re doing whilst putting no importance of the result of our actions. For example, if we’re cleaning our shoes, we bring our mind entirely to the task – we notice the shine, the sound, the smell. We take joy in the process and clean the shoes because they need cleaning, we focus on cleaning the shoes – not on the end result (clean shoes).

If the activity is undertaken because it is needed, without assigning meaning it becomes liberating. Activity can be anything – washing up, paid work, walking etc.

If you’re familiar with Patanjali and his eight limb path (if you’re serious about yoga you should really know about this), you may know that Patanjali’s work is the definition of Raja yoga (also known as The Royal Road). Raja yoga concerns itself with the cultivation of mental and emotional control as a path to enlightenment. Raja yoga is linked to the Manomaya Kosha.

Gyana yoga is considered one of the toughest paths of yoga to follow and master. A strong will and keen intellect is required.

Gyana yoga engages the mental capacity to inquire into itself to an infinitesimal degree. Initially, we must drop every idea about self, let go of our manufactured idea of ‘who we are’. In doing this we strip back layer after layer until, after much work, we reach the ‘core of the onion’  and achieve a genuine understanding of who we really are.

Gyana yoga emphasises the development of ‘the witnessThe Witness: In yoga, the witness is all about bringing awareness to what we’re doing a particular time. We observe our thought processes and actions while they are happening.‘ and requires that we observe life without judging or evaluating it.

Why do different sources cite different paths of yoga?

When learning about the paths of yoga, I discovered quite a lot of inconsistency (which seems to be common when it comes to yoga!). Some sources say there are only 4 paths of yoga and some that excluded Hatha yoga completely. I spoke to my own teacher about this. His response appears below:-

“There are many possible divisions for the paths of yoga. The 5 that we discussed together fit with the 5 basic dimensions of the human personality, the 5 koshas and the 5 chakras below ajna, creating a clear picture and a puzzle that fits nicely together in the mind.

As far as the classical texts that mention four paths go, this may have been because hatha yoga was

These 5 paths can be further sub-divided into yogas such as mantra yoga, kundalini yoga, laya yoga and kriya yoga in an attempt to emphasise a certain technique (e.g.. mantra) or approach (e.g. tantra), however these divisions all tie in to one of the 5 main paths (e.g Kriya belongs with Hatha, because Hatha is the basis of kriya).

Of course one path of yoga can also be sub-divided, this has particularly happened with the path of hatha yoga since its arrival in the west, (sivananda, iyengar, yin, ashtanga, bikram, vinyasa, power, yin, anusara, jivamukti, vini, scaraveli, restorative, yoga therapy and the list goes on), in order to emphasise a particular style, emphasis or approach to the practice of hatha yoga. This has led some to list hatha yoga as a particular style of yoga but this, of course, is probably down to an ignorance of the bigger picture of yoga.”